Hello my Broken 2 Chosen family. Happy 2019. I know it’s been a month since I’ve last posted. The end of 2018 came and went so quickly, as I’m sure it did for many of you as well. On top of the hustle and bustle of the holidays, I found myself having a little bit of a “writer’s block” recently. So much has been going on in regards to me finding strength through my testimony since you last hears from me. I’ve been wanting to post and share where I’m at right now in my faith walk but couldn’t put it to paper these last couple weeks. Fortunately, last night, a very special friend shared 2 Cor. 2: 1-10 – Paul’s Vision and His Thorn, with our prayer chat group and it really struck a marvelous chord with my spirit. The reality and truth of me finding strength in my weakness couldn’t be more pertinent as it is right now in my life. 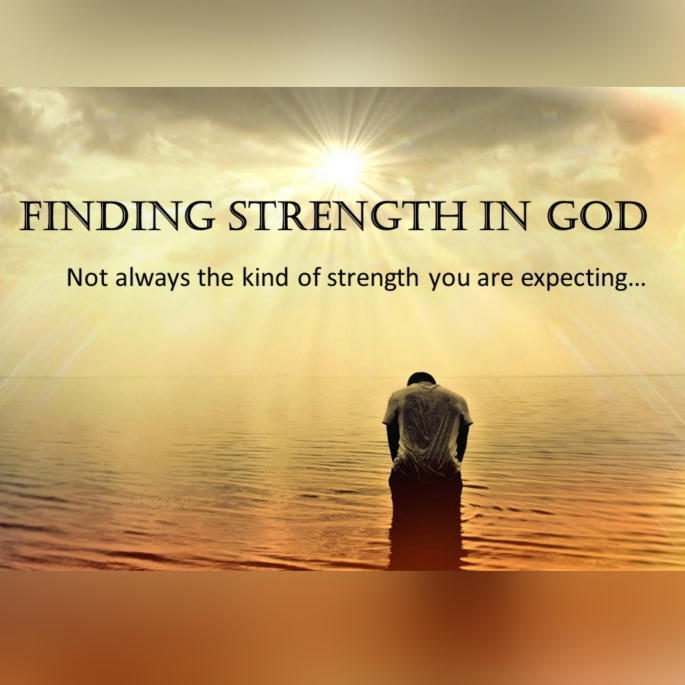 You know , finding freedom through Gods redemption has been a genuinely beautiful transformation for my mind, body, and soul. It’s also been a very humbling experience as well. It was literally only 4 or so months ago that I was beginning to find the strength and courage to really open my life up to everyone in regards to me leaving behind the life of homosexuality. I would have never imagined , even months ago, the strength I’d have, to proclaim Victory through Christ in this area of my life. I knew then, that I’d face adversary from friends, family and coworkers. I knew it wasn’t going to be a walk in the park. I knew I’d see tough days and face hard moments. I knew-or at least I thought I knew, but let me be honest, I had no idea! The physical battles I’ve faced recently fail in comparison to the spiritual warfare that awaited my testimony in the Worlds trenches. Dealing with the criticism, mockery, dis-belief, and zealousness of others as it pertained to my new walk with Christ, which chose to leave a gay lifestyle, has had a few hard moments. But, that’s all they were and will be in the future-moments. Moments which dont and will never lead me back into my sin for multiple reasons. Most importantly, God has been by my side and has had my back so much, that nothing they throw at me can even dent, let alone penetrate, my armor of Christ. Moreover,  my Heavenly Fathers love, grace, and mercy has given me so much insight and discernment in regards to seeing the pain and loneliness of these attackers. His love for me, has given me a heart to want to love them and pray for them, for they know not what they do. Now, what I have come to find that has left me beat-up, exhausted, weakened in moments I suppose, is the spiritual warfare aspect of this whole redemption song.

I had heard of the term spiritual warfare throughout my life. I understood it to be a battle of good vs. evil in the spiritual realm. I had heard family and friends talk about a spiritual battle that existed, but living my life in sin, it was something I never encountered since satan had already proclaimed victor of my soul in those dark times. He didnt need to wage spiritual warfare on me for I had already been defeated. That all changed when God proclaimed true Victory over my life. My ABBA knew the battle was always in the Kingdoms favor, so the moment I proclaimed my stake in the Heavenly Kingdom this past year, the devil began his desperate attempts at trying to use others to attack my testimony. When these attacks didnt work, the devils realization of my soul belonging to Christ and the rebuilding of my temple for the Kingdom caused him to launch an attack on my spirit in the spiritual world. I now knew the feeling of this “spiritual warfare” and learned after the first battle last year that I was going to really need to equip myself for the next round. Satan didnt knock me out, but he sure put me through a gauntlet of assaults that left me weary, exhausted, and drained. It’s hard to put into words, this spiritual warfare that is going on. It was one thing living in my sin, I was hopeless  and defeated as the devil had gotten me to error on the side of righteousness. But the grueling pressing in the moving forward of my journey is different. Theres an unseen presence of assaults manifested through the day to day. They come in the guise of angry and bitter coworkers who verbally attack and accuse to a point of overwhelming stress and breakdowns. They come in the forms of family members seeking escape through the very own chains that held me captive of my sins for so long. They manifest in warfare amongst my closest members of family and friends, who seem to be in the midst of the same warzone , just different battles. They come as attacks on my Grandfather’s health-attacking the General of Goodness in Hope’s that by taking him out, that the faith of my Grandmother and elders in our precious family , might be lost. They come as mind manipulators, blinding the hearts and confusing the eyes with mental games, where even the strong in Faith, fail to see the wrong doings of their Nazareth-narcissism . The battles and attacks of spiritual warfare comes in every way unimaginable,  and although its draining, it’s all in Gods hand, and in Gods hand, lies the Victory.

The victory has already come for me. In May 2018, my ultimate surrender, Victory claimed my soul and God presented me with my future, my calling.  The devil is so mad. I have found my purpose. I see Gods plan so clearly for me now and the outline for my life-my battle plan. I have now had my taste of spiritual warfare, the heat of its spice has nothing on the taste of my Fathers Milk and Honey. God has allowed me to not only sharpen my sword with the living word for battle, but He has been equipping me through reading, courses, encounters, dreams, listenings, people, the church, and the Holy spirit-with tools and weapons for the next round of spiritual warfare that Lucifer may throw at me. He has been strengthening me and my testimony to be able to stand strong and not grow weary as I continue to testify all of the great things the Father has done for me. God has given me new eyes to discern character, new ears to hear even his faintest of voices when He is speaking to me, a new mouth to speak righteously and genuinely from a place of surrender and authenticity,  a new heart to have compassion and love others, and a new desire-to win souls over for the Glory of the Kingdom. I’ve shared with my cousins,  other disciples of the Kingdom , that I really feel as if 2018 was a year of transformation . Our message to us leading up to the end of 2018, “Be still, and know that I am God”. 2019 I feel will be a year of warfare for the Kingsoms glory where Praise and Worship will be our battle cry going into the spiritual battlefields of work, ministry,  home-life, relationships, and family structure. It’s not a scary warfare though, it’s one we are charging into with a strong anointing and assuredness as we know victory is Gods. I am excited to be in the army of God for the Good fight. My words for 2019, “Do NOT grow weary”. With 2020, we believe in a 20/20 vision, where our visions , plans, and prayers will manifest physically for the eye to see. To see the Greatness of God and all his Power and Majesty.  God loves you my friend. He sent his only son to die for OUR sins and He knew us before we were conceived. Don’t let the devils lies keep you hopeless or lonely.  He has a purpose for you and will sustain you whole-heartedly.  Stay blessed and prayed up. -Mikey Likey

This site uses Akismet to reduce spam. Learn how your comment data is processed.